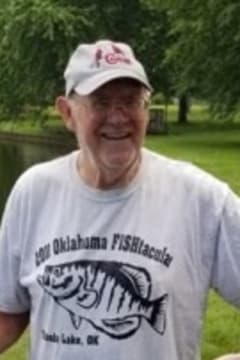 Vernon "Bones" Leslie Harvey, 88, of Sedalia, MO passed away Tuesday, August 11, 2020 at Redwood of Raymore in Raymore, MO. He was born on March 20, 1932 in Hughesville, MO the son of John Stephen and Alpha Nadine (Bratton) Harvey Sr, who preceded him in death.

On May 18, 1958 in Sedalia, he was united in marriage to Betty Joan Callaway, who preceded him in death.

He served his country honorably in the US Air Force. He was honored to serve his community by operating Harvey Brothers Implement Company for decades in the community.

Bones loved supporting local sports teams. Rarely did a day go by that he wasn't at a sporting event in the area. He experienced as much joy watching local teams as those players did playing the games.

He also loved spending time with his friends. He enjoyed talking with people from everywhere he visited, and felt like all of his friends were part of his family.

Bones enjoyed the outdoors, and had many great memories of fishing trips with his friends. He had a successful career of playing fastpitch softball, which resulted in his election into the Hall of Fame. The friendships he made during that time meant the world to him.

Besides his parents and wife, he was preceded in death by two brothers, Marvin Harvey and John Harvey, Jr.

A Celebration of Life is planned at a later date.

Burial will be at Memorial Park Cemetery, Sedalia, MO with full military honors.

In lieu of donations, please just reach out to someone you love.

Stephanie and Scott, I was so sorry to hear this. I have such wonderful memories with all of you, and will miss him stopping by my office to catch up and give me a hug. Sending prayers to all of you. Such a good man!
- Rhonda Morris
Stephanie, I am so very sorry to hear your dad passed. I know you two were very close. I just loved your dad! I will never forget him coaching us in softball. He was the perfect coach. A big teddy bear. Big hugs to you and your brothers. Love, Karla (Mucke) Hall
- Karla Hall
Stephanie, So sorry for your family's loss.
- Laura Stean
Scott, very sorry to hear of you dad's passing. Thought back to some stories of softball from my uncle which included Bones. Prayers for you and family.
- Dan Abney
my Dad watched him played many a softball game with bones playing.tell him hi when you get to the game upstairs. r i p
- kim smith
You will not be forgotten.
- Haley McNeeley
Great guy. Prayers for family
- Janet Proctor
Bones was 1 of a kind. Prayers are with you and your family
- William Walter