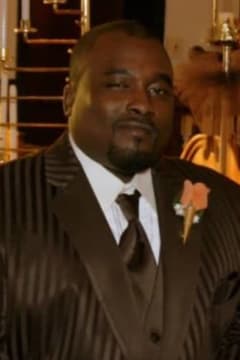 Traver enjoyed cooking and was known for telling memorable stories. A conversation with Traver would usually start with him saying, “I remember when.” He had an act of just bringing joy to people through laughter. He often reminisced about his childhood in Memphis, TN, and how he was the originator who brought RAP to Sedalia. Traver loved listening to music, especially Three 6 Mafia, as well as writing and performing songs of his own. He was an avid Kansas City Chiefs Fans, but anyone who knew Traver knew his love for his basketball hero the Human Highlight Film Dominique Wilkins.

Mr. Smith loved his family and enjoyed spending time with his kids, and spoiling his grandkids.

Traver will be dearly missed, but will live in our hearts and minds forever.