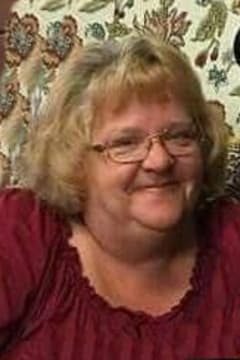 Tracy Aileen Mangrum, 57, of Sedalia, MO passed away Saturday, January 30, 2021 at her home. She was born on October 6, 1963 in Fostoria, OH the daughter of Louis Meyers who preceded her in death and Jayne (Yates) Meyers, who resides in Englewood, OH.

Tracy worked as the general manager for Denny's in Sedalia for 15 years. She was an avid Cincinnati Reds and Bengals fan. She enjoyed crafting and especially loved spending time with her family.

In addition to her mother she is survived by a son, George Meyers (Lisa) of Sedalia; two sisters, Terri Meyers and Tawni Meyers both of Ohio; a brother, Cory Meyers of Midlothian, VA; a grandson, Harper Meyers.

A private family memorial service will be held at a later date in Ohio.

To the family and friends of Ms. Mangrum--I'm very sorry for your loss. Nothing like this kind of grief was ever intended for the human family, and God promises that he will one day erase from our hearts the pain it brings - [Revelation 21:4].
- Kurt
Your mother was a very great person loved by allot prayers be with you in this time of need I pray God gives you strength in this time of sorrow
- Doreen Hammond
Tracy was a great woman with a big heart. She will truly be missed. I love you Tracy RIP.
- Chrissy Cook