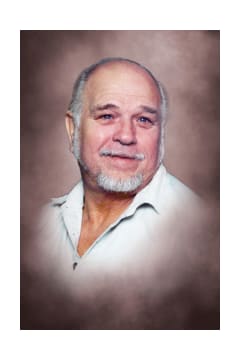 Thomas Wallace McFail, 75, of Otterville passed away Thursday, November 21, 2019 at his home. He was born on January 17, 1944 in Sedalia, MO the son of John Ives and Dora (Carver) McFail, who preceded him in death.

Tommy worked for Dunn Beverage and Coca Cola in Sedalia for 22 years. He owned and operated M&L Trucking until retirement. After retirement he worked at the Sedalia Auto Auction. Tommy enjoyed hunting, fishing, camping, going to car show events with his 1966 Pontiac, and watching sports of all kinds. Tommy especially loved going to his children and grandchildren sporting events. He was an avid Coca Cola memorabilia collector and loved his little dog "Gus".

In addition to his wife, Alma, he is survived by two sons, Willie McFail (Marie) and Charlie McFail (Darcy) all of Sedalia; two step-sons, Jason Rowlette (Holly) of Lee's Summit, Corey Rowlette of Otterville; a step-daughter, Samantha Lang (Fred) of Cole Camp; twelve grandchildren; a brother, John McFail (Wilma) of Houstonia; and many nieces and nephews.

Burial will be at Mt. Herman Cemetery, Sedalia, MO.

Memorial contributions may be made to DeFeet.org Foundation in care of Rea Funeral Chapel.

Heartfelt condolences......enjoyed visiting with Tom at the cafe, and car shows....
- Paul Adams
So very sorry for your loss! Sending thoughts and prayers to all! Tommy is probably up there in cahoots with my Tommy giving everyone fits! They were both such big jokesters!
- Chris Shull
My husband Raymond Mitts was in dialysis together and friends. Tom was asking about raymond when he was sick in the hospital and raymond was always trying to find out how tom was . You would get these two together and they would make laugh . Raymond and I are sending heart warming prayers to family and friends of Tom's. And are so sorry for your loss. He will be missed. MAY YOU R.I.P TOM. God bless Raymond and Elizabeth Mitts
- Raymond Mitts
As a neighbor we didn't get to visit any, but we always enjoyed all your beautiful holiday decorations, we were saddened to hear about this. Wayne and Donna Raines
- Wayne Raines
I’ve know Tom for years. Met him through his Step Son, when he and I dated. I absolutely loved Tom and even after the split, Tom always made sure to make me feel loved. He’ll always be loved and missed. The world just lost an amazing man.
- Megan Hodgkinson
He’s was the funny Uncle, the one that cut loose the jokes, and always had a banter with Uncle Johnny, who I named the good looking Uncle just to get a rise out of Uncle Tommy. I know you are cracking jokes up in heaven, and we will see you there one day. RIP Uncle Tommy!
- Annette Dillon
Willie and family, Sorry for your loss. God's peace to you all in this difficult time. - Steve, Bill, Leo and Brett at Bob Taylor's Barber Shop
- Steven Crane