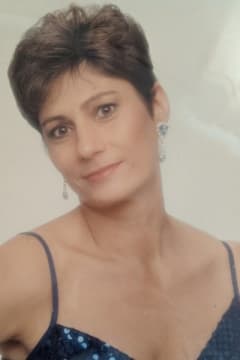 Terrie Lynn Jones, 67, of Sedalia, MO passed away Friday, January 1, 2021, at her home. She was born on July 30, 1953, in Independence, MO, the daughter of Norman Martin and Evelyn Nadine (Lamar) Martin, who preceded her in death.

On February 29, 1996, in Las Vegas, NV, she was united in marriage to Leslie Ray Jones, who resides in the home.

Terrie graduated in 1971 from Concordia High School. After high school, she married, moved to Marshall, started her family, and began her career at Red Cross Pharmacy, retiring after 25+ years. Terrie was married to Leslie Jones in 1996. They spent their life in Sedalia, MO, raising their children and playing on multiple bowling leagues. Terrie devoted her life to raising many children in addition to her biological children. She was a gifted seamstress and enjoyed making many creations for her loved ones. She loved spending time with her grandchildren and will be remembered by them for the quality time spent playing board games.

In addition to her parents, she was preceded in death by two brothers, Norman and Jerry Martin; three sisters, Beverly Goff, Edith Donnelly, and Charlotte Bond.

A Celebration of Life service will be held at 11:00 a.m. on Saturday, January 16, 2021, at St. Paul's Lutheran Church with Pastor Jeremy Freeman officiating.

So sorry for your loss. Praying for your family.
- stacy turner