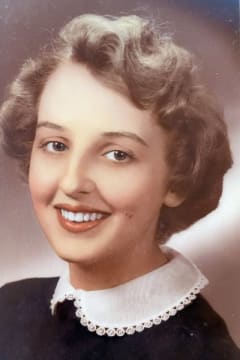 Shirley Rose Pettit, 84, of Sedalia, MO passed away Thursday, December 24, 2020 at Bothwell Regional Health Center. She was born on January 16, 1936 in Sedalia, the daughter of Willard Haerle and Ruth (Hare) Haerle, who preceded her in death.

Shirley was a member of Our Savior Lutheran Church in Sedalia. She was baptized on May 24, 1964 at St. Paul's Lutheran Church by Pastor Walter Strickert. Shirley attended Sedalia public schools and was a 1953 graduate of Smith-Cotton High School. She was active in the PTA at Horace Mann Elementary School while her sons were attending school there. Shirley was employed at Inter-State Studio and Publishing Co. as a Color Print Spotter for 35 years, retiring in 2002. She enjoyed going to the casinos time to time with her three sons and friends and especially loved spending time with her grandchildren and great grandchildren.

There will be no visitation prior to the service.

Pallbearers will be Rick Pettit, Randy Pettit, and Tony Pettit.

Memorial contributions may be made to Crossroads Hospice or to the Lincoln Community Care Center in care of the funeral chapel.

Please share a condolence, photo or memory of Shirley. We welcome all condolences that are positive and uplifting that will help family and friends heal.