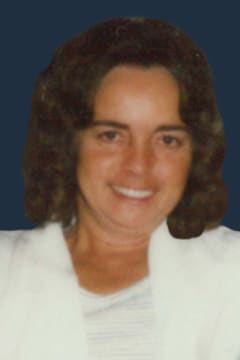 Shirley Ann Wilson, 82, of Sedalia, MO passed away Wednesday, January 27, 2021 at her home. She was born on October 18, 1938 in Sedalia, the daughter of Elwood Joseph Fisher and Mabel (Bass) Fisher, who preceded her in death.

On August 5, 1991 in the state of Washington she was united in marriage to Arnold L. Wilson, who resides in the home.

Shirley was a real people person and made friends everywhere. In her younger days she would sing on the local radio station. She loved country music and she could live on a dance floor. She loved gardening and baking. Her grandkids held a special place in her heart and she loved spending time with them. She also enjoyed playing bingo and doing crossword puzzles.

In addition to her parents she was preceded in death by a sister, Neoma Fisher, a brother, Dale Vinson and a son, Walter Palecek.

A private family gathering will be held to celebrate her life.

Nicole and family, we are sorry for your Grandma's passing. Always enjoyed seeing her and talking. Very nice and caring lady.
- Sherry Sumner
So many happy memories of Shirley at the American Legion & Moose Lodge, volunteering & welcoming everyone and her raising funds for Alzheimer's Association was admirable. She was a fun loving, wonderful lady.
- Donna Farmer
She will be greatly missed, she always had a smile on her face and a kind word for everyone.
- Janis Schilb
Shirley was a friend to all she met. She was the 1st to volunteer at American Legion. When I first moved to Sedalia she was so kind introducing me to everyone and being so kind to a newbie
- Glenda Frisch