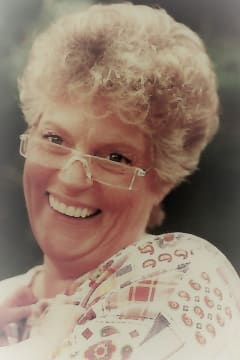 She was born September 20, 1939, in St. Paul, MN a daughter of Herman and Alyce (Lyon) Zemke, who preceded her in death.

After graduating high school, she enlisted in the USAF. While working as a medic at Parks AFB in northern California, she met and married Louis L. Barkacs, who also served in the USAF. They were married on July 17, 1958 in Oakland, CA. Various job changes eventually landed the couple in Sedalia in 1972.

Having a great passion for helping others, Ruth became very active in the Red Cross throughout the years, acting as Chapter Chairperson for a time in Pettis County. She also served on the Sedalia Police Department’s personnel committee, and through the Emergency Management Agency as a coordinator/dispatcher. Her greatest love, however, was for her Lord and Savior, Jesus Christ, and she was a shining light and testimony of His love to everyone who knew her.

In addition to her parents she was preceded in death by a brother, Roger Zemke and a sister, Karla Johnson.

A Celebration of Life service will be held 3:00 p.m. on Saturday, May 8, 2021, at Antioch Fellowship in Sedalia with Pastor Steve Graff officiating.

I so sorry for your loss. Keeping your family in my prayers
- Lisa Flores
Dear Lou, Jeff,Jill and family, please accept my most sincere sympathy and prayers. Ruth was always a shining light and so upbeat. I am so sorry that she suffered the way she did. The heavens are brighter and her spirit is shining eternally. Fondly, Pam
- Pam McGrath
I will always remember your beautiful spirit, your faith in God, and your sense of humor. It was a pleasure being your nurse. I love and miss you. Debi
- Debi Garrison