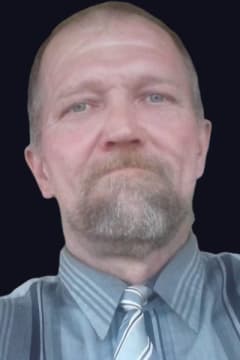 Russell Marcus Bain, 59, of Sedalia, MO passed away Thursday, October 29, 2020 in Sedalia. He was born on October 9, 1961 in Sedalia, the son of George Ross Bain Sr. and Betty Ruth (Lutjen) Bain, who preceded him in death.

Rusty served in the Army National Guard for 26 years. He always worked two to three jobs at a time for his wife and family. He currently was employed at PSSI through Tysons. All the employees enjoyed working with and around him. Rusty enjoyed taking his kids fishing and mushroom hunting. He was always collecting antiques, and especially loved spending time with grandchildren. Rusty was known for his big heart and would give his shirt off his back for anyone that needed help. Rusty's pride and joy was his wife Danielle. He missed her deeply, he was lost without her and now they are reunited again.

In addition to his beloved wife Danielle, and his parents, he was preceded in death by two sisters, Betica Asbury and Katrina Thompson.

A private memorial service for close friends and family will be held at Rea Funeral Chapel at an undisclosed time. For service times, please contact a family member.

Burial will be held on a later date at Crown Hill Cemetery.

Memorial contributions may be made to his children in care of Rea Funeral Chapel. 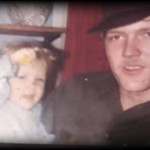 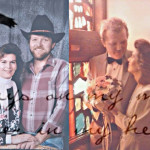 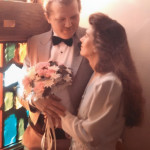 Sending prayers of comfort and peace for Rusty's family.
- Donnie Twenter
My thoughts and prayers go out to the family. My deepest condolences. Connie Teeter (Barklage)
- Connie Teeter
Rusty was a good friend in school and after the world has lost a great guy my prayers go out to him and his family
- Tracey Weisner
I'm sorry to hear this about Rusty, accept my deepest condolences.
- Marty Mills
Dear Sarah, Raime, Bubba, Jessica, and Natalie, I were so sorry to hear of your dad's passing.. I take comfort in knowing he is once again with his beloved wife, Danielle. Their love for each other was truly unique. His other love was for you, all of his children. Rusty even enjoyed lumping Ian into the mix. His family always came first. As I recall any get together or family reunion he would take all of the children out to McDonald's for ice cream and to play in their indoor play area. I also remember him mowing mom and dad's yard once a week, without ever being ask or paid. He saw their need and physical limitations and simply stepped up to do the right thing. That meant the world to them and they couldn't say enough good things about him and his generosity. I hope you all can find peace knowing he is one of God's angels and is able to with each of you as your guardian angel. My thoughts and prayers are with each of you, Michael and Melissa Seward. & family
- Melissa Seward
Rick we are so sorry to hear this. I can still remember all of us playing cards together when you & Annie were still married. Such good memories. Please know that you and your family are in our thoughts & prayers my friend.
- Angie Harvey
Healing prayers to his friends and family
- Michelle Wansing
Rusty was always a good friend to me and I enjoyed working with him many years ago. My condolences to all the family
- David Scafe