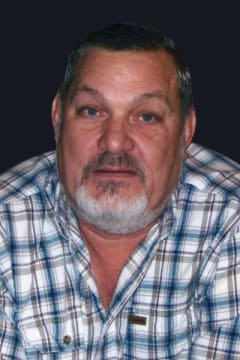 Ronnie E. Ollison, 67, of Green Ridge, MO passed away Monday, February 8, 2021 at Bothwell Regional Health Center. He was born on February 18, 1953 in Sedalia, MO the son of Elbert William Ollison and Ruby C. (Griesel) Ollison, who preceded him in death.

On May 19, 1978 in Sedalia, MO he was united in marriage to Betty Carlson, who resides in the home.

In addition to his parents, he was preceded in death by two brothers, Ted Ollison and one in infancy; and a brother-in-law, Don Broaddus.

A Celebration of Life gathering of family and friends will be held from 6:00 p.m. until 8:00 p.m. Thursday, February 18, 2021 at Rea Funeral Chapel. The family suggests everyone dress casually and face mask requested.

A burial will be held at a later date in Green Ridge Cemetery.

Memorial contributions are suggested to the Green Ridge Volunteer Fire Department or to the Sedalia Animal Shelter in care of Rea Funeral Chapel.

We'll miss this guy's optimism and input at Crime Stoppers and WCMVAC car club. So sorry for your loss.
- Gaylon Alfrey
Betty and family, we are deeply saddened by this. We are sorry that we cannot be with you for the visitation, but Jack's condition pretty much confines us to home. Jack so enjoyed his time with Ronnie at Crime Stoppers and we have fond memories of the spaghetti dinners. We send sincere sympathy.
- Betty Blackwell
Sorry to hear of Ron's passing....I worked with Ron for many years at Alcan....We got along great....may God Bless....
- Paul Adams
I'm so sorry to hear this terrible news. I pray God give the family strength in this time of sorrow. I will miss him at the barbershop and our conversations.
- Barry walter