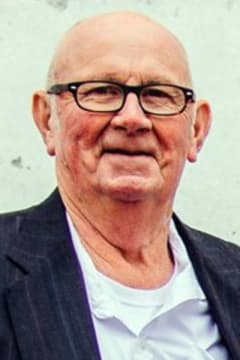 He married Janice E. Morris on June 26th, 1965 and was employed by Ewing Vocational for a number of years. From the years 1963 through 1967, Ron served in the United States Navy. Ron enjoyed recreational activities such as boating and fishing with family and friends, John Wayne movies, television shows such as NCIS and Walker Texas Ranger, and classical music.

Ron is survived by his wife, Janice Ellis of the home; their three daughters: Rhonda and Byron Smith, Nadine (Dena) and Steve Consolver, and Robin and Wayne Humphrey; 17 grandchildren; and 13 great-grandchildren with one on the way.

The family will accept memorial donations through the Rea Funeral Home in Sedalia, Missouri on S. Limit.

I'm so sorry to hear this. Sending prayers and love to Janice and family. May God wrap you in his arms at this time and give you peace.
- Ruth Nieman
Worked with Ron for many years out at CWI. He was quite the character and was a great person to work with. Prayers to the family.
- Mike Boston
My prayers and condolences go out to you aunt Janice Dena Rhonda robin uncle Ron was a great man rip uncle Ron luv you guys
- Mindy Morris
My deepest sympathy. I will sure miss him coming in the shop. Prayers for strength for all the family. God bless
- Barry Walter