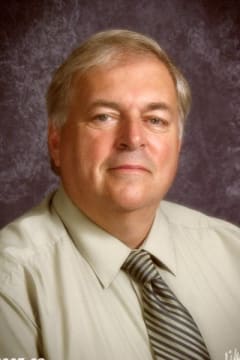 Robert Ray Bickel Jr., 72, of Sedalia passed away August 28, 2020 at Bothwell Regional Health Center in Sedalia, MO. He was born on January 23, 1948 in Port Allegany, PA a son of Robert Ray Bickel Sr. and Doris Louise (Piel) Bickel, who preceded him in death.

On October 14, 1989 at Grissom Air Force Base, IN he was united in marriage to Linda Sue Poynter, who resides in the home.

Bob served his country honorably in the United States Air Force during the Vietnam War where he was awarded several medals of honor, including two Bronze Service Stars and two Bronze Oak Leaf Clusters. He served for 20 years, retiring at the rank of Senior Master Sergeant in 1987. He was a member of Sedalia VFW Post #2591. Bob enjoyed bowling and was inducted into the Bowlers Hall of Fame in St. Louis, MO. He was an avid golfer, playing in many tournaments at Grissom Air Force Base, IN. Bob's last career was being a 5th grade teacher at Morgan Co. R-I Stover, MO. Bob attended Maplewood Church and was a resident of Sedalia for the last 30 years.

In addition to his wife he is survived by a son, Robert Ray Bickel, Jr. (Jessica) of Tipton, MO; three daughters, Angela Bickel, Amanda Hileman, and Anna Walker all of Marion, OH; four grandchildren, Maria, Destinee, Kevin Jr., and Angel.

In addition to his parents he was preceded in death by two brothers, Kevin and Curtis Bickel.

Burial will be at Crown Hill Cemetery with full military honors conducted by Whiteman Air Force Base Honor Guard.

Honorary bearers will be Whiteman Air Force Base Honor Guard.

Memorial contributions may be made to Ponca Bible Camp in care of Rea Funeral Chapel.

Linda, So very sorry for your loss. I was fortunate to get to know Bob at La Monte. My thoughts are with you and your family.
- Steve Turner
Mr. B walked into my story when RJ was in 5th grade. I remember being asked to mentor him for his first year of teaching..and laughing... knowing my 27 years on earth to his 57 years made Mr. B, MY MENTOR. He was always supportive, willing to help in any way...and only once did I ever hear his military voice come out (and we all listened!!). Mr. B was like another grandpa to my twins. He loved playing with them after school, giving them snacks, buying them gifts...and every school year he would inquire about how they were doing. I am so thankful for Mr. B and the years we taught together at MCR-1. His legacy of loving students and others lives in all of us. Thank you, Mr. B for being a part of my story. (And thank you Linda, RJ and Jessica for sharing him). God bless you all.
- Jody
To RJ and the entire Bickel family: Please accept our deepest condolences for your loss. We feel sad that we never had a chance to meet Bob. But we do feel fortunate to know his son RJ. Bob must have been a great dad because he raised a fine young man. With much love and sympathy. Lisa Newman and Ron Miglini Dallas, TX
- Lisa Newman
With deepest sympathy and prayers on your loss. I truly enjoyed working with him. Tim also sends his prayers to you and your family.
- Lynette Bellis
The world is losing a loving person but Jesus has opened His arms to Bob. Bob was my cousin and I have so many "wonderful" memories of him. We were only 2 months a part in age so very close. He moved years ago from Pa but we kept in touch. He loved his Linda very much, as she does him. Will always remember that wonderful smile he always had. Imagine, Bob has seen Jesus's face!! How wonderful !
- Deb
I attended SFCC classes with Bob, later taught with him at Morgan County R1, and taught with Linda at LaMonte. Bob is one of the greatest people I have encountered in my life. Will miss you. Love Smurf
- April Nelson
He was an amazing man and the best math teacher I ever had, help give confidence to keep pushing in school. So for that I thank you very much!
- Mikayla Herrod
Linda, Please accept my condolences for your loss of Bob. I feel he is in heaven with the Lord and will now keep watch over you and RJ. If you want to talk or anything I'm just across the fence. Diane Crouch
- Diane Crouch
I had the pleasure of teaching with Bob and he was a sincere and true friend. My admiration for him goes deep. His students loved him and he loved them in return. He defined the word teacher simply because he cared and wanted to make a difference in all his student's lives. On a personal level he always listened and shared valuable advice. He was and is a great man and I will be forever grateful for his friendship. My condolences to the family and my prayers are with you. May you each find peace and comfort in God's assurance that he will be by your side now and always.
- Rosie Moon
So sorry for your loss.
- Kristina Payne
My deepest condolences Linda. Many of my most memorable times from back in the day involve you and Bob. Prayers for you and your family. Love ya Momma.
- Jeremy Fly