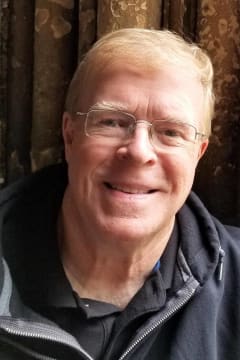 Bob was a 1969 graduate of Carrollton High School, Carrollton, IL. In high school, he was a member of the track team, and was always proud of the long-standing school record he and his team set for the 880 yard relay. Bob was also a member of the marching band, in both high school and college. In 1977, he graduated from Illinois State University with a degree in political science. Bob later pursued his passion for broadcasting, attending and graduating from the St. Louis Broadcasting School. In 1987, he moved to Sedalia and spent a decade as the news director for KSIS radio station. In those days, Bob also hosted a local cable show that highlighted area people, businesses, and events. During an interview at the Children’s Therapy Center, he met Candice. On July 16, 1988, he married her and gained an instant family.

Bob's passion for service led him to join various committees and county boards as a way to give back to his community. Notable service projects included planting trees in the city’s parks, spearheading the Community Santa campaign, and helping to establish the Homework Pals program in the schools. Additionally, Bob was on the Sedalia Symphony Board and was the treasurer for the Care Connection Board. For fifteen years, he was an active member of the Kiwanis Club, serving eight years as president and as public relations chair. After retiring, Bob started Captured Memories, a videography business with a mission to preserve oral histories through filmed interviews. His work became treasured keepsakes for his clients. Bob was an avid sports fan, always cheering on the St. Louis Cardinals and Blues. In his later years, Bob enjoyed weightlifting. He competed and placed in the senior division of several area tournaments.

Bob was a good man, reliable, faithful, and committed to his family. He was a devoted grandpa, always there for his grandchildren whenever they needed him, his pride evident when he talked about them. He especially loved attending and filming their sporting events over the years.

Bob was baptized in the Church of Christ, where he studied God's Word and his lovely voice provided the bass harmony during worship services.

Along with his wife, he is survived by two stepdaughters, Rachel Whanger and Beth Lyles (Ben Lyles) of Sedalia; six grandchildren, Makhi Jaff and Chase, Trenton, Isabelle, Addison, and Maxwell Lyles; a sister, Victoria Strandhoy (Dr. Jack Strandhoy) of Winston-Salem, NC; an aunt, Mary Catherine Chappell of Phoenix, AZ, and Jerseyville, IL; two nieces, Dr. Suzanne Vining (Dr. Neil Vining) of Raleigh, NC, and Laura Amin (Raj Amin) of Montclair, NJ.
In addition to his parents, he was preceded in death by his stepson, Daniel Whanger, and his sister, Carol Ann Milner.

Visitation will be at Rea Funeral Chapel at 6:00 pm, on Friday, January 7th. A  memorial service will follow at 7:00 pm, Elder Kenneth Thompson officiating.

Burial will be held at a later date in Lee's Summit Historical Cemetery.
Honorary pallbearers will be Bob's grandchildren.

Memorials may be made to the Sedalia Kiwanis Club or the Warrensburg Church of Christ, in care of Rea Funeral Chapel.