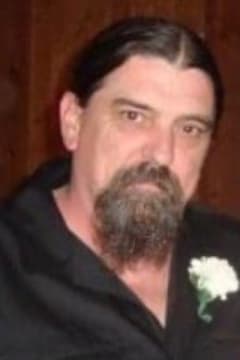 On June 2, 1995 in Kansas City, KS he was united in marriage to Sharon Puckett, who resides in the home.

David attended college at Long Beach City College, CA, where he studied law. He was very talented craftsman including building the dock at Lake Skinner in Temecula, CA. He enjoyed crafting and woodworking with his wife. He loved going fishing and was an avid Kansas City Chiefs fan. David was known for his ability to fix anything including all types of boats, cars, and motorcycle engines.

In addition to his parents he was preceded in death by two brothers, Donald and John Norried.

I'm so sorry, Sharon. He was a great man. You have my number if you need me. I love you...
- Brenda Vidaurri