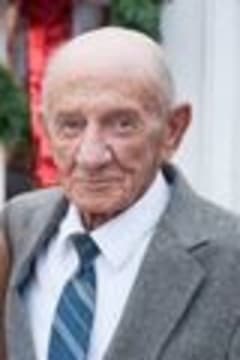 On September 1, 1961 in Sedalia, MO he was united in marriage to Mary Ann Long, who resides in the home.

Corky served his country honorably in the United States Army during the Cuban Missile Crisis. The most enjoyable time he had during his service was his trip back to Sedalia from Fairbanks, Alaska. He worked for Town & Country Shoes for 20 years and retired from Alcan Cable after 25 years. Corky enjoyed going fishing and road trips during annual vacations to various western states with many ending at Estes Park, CO, a favorite vacation site for his family.

In addition to his parents he was preceded in death by a daughter, Deborah Ann Tichenor.

A graveside service and burial will be held at 11:00 a.m. Saturday, November 21, 2020 at Miller's Chapel Cemetery rural Pettis County, MO.

Memorial contributions may be made to Benton County Hospice or Miller's Chapel Cemetery Fund in care of Rea Funeral Chapel.