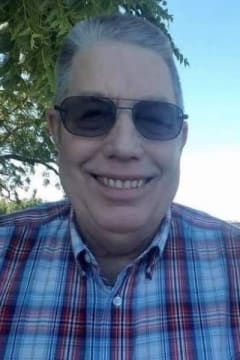 He was born December 17, 1946, the first child of William B. Summers and Opal Irene (Watson) Summers.

In 1966, Richard enlisted in the United States Army proudly serving his country until 1969. During that time, he completed a tour of duty in Vietnam from 1967 – 1968. Also serving on bases in Germany and Fort Riley, KS. Upon his discharge from the service, he returned to his home in Princeton where he held several jobs in the Princeton and Bethany areas. In 1969, Richard became a member of the American Legion Post in Mercer, MO where he continued to faithfully serve. In 2019, he was recognized as a 50 year member. Richard was also a lifetime member of the VFW and in later years recognized by the Disabled American Veterans (DAV).

In 1969, he met Marcella Kay Carroll who would become his wife on March 20, 1971. Upon marriage they established their home in Bethany, MO, where Richard began working for the Bethany Skelgas Services. Richard would work in the propane industry for 29 years, eventually becoming the Plant Manager at the Macon, MO Skelgas Plant in 1988.

In 2000, Richard left the propane company to take a job with Westlake Ace Hardware in Macon, MO. In 2008 Richard and Marcella moved from Macon, MO to Sedalia, MO. He continued employment with the Westlake store there until March of 2019, when he finally retired. In both of his lifetime careers Richard took great enjoyment meeting and serving his customers. He never met a stranger, customers and co- workers soon became his friends.

Richards faith was center in his life. Soon after they were married, Richard and Marcella joined the First Baptist Church in Bethany, MO, where he was ordained as a deacon. With each move, Richard was quick to make sure that his family got connected with an active Baptist Church family. Over the years in his church life he served as a Deacon, Royal Ambassadors (RA) Leader, and Bible Drill Leader. He was happiest being involved in anything that his children were doing. Richard loved life and was able to spread that enjoyment to those around him.

After retirement Richard & Marcella left the cold winters of MO behind and headed south. They settled in Lindale, TX in June of 2019. The 70 deg. days of winter there he found very pleasing.

Surviving are his loving wife of nearly 50 years Marcella of the home in Lindale, TX. Shawn and wife Cheryl and grand-daughters Claire, and Ella of Ballwin, MO. Daughter Richelle and husband Ronnie Howell, grand-sons Harrison and Philip and grand-daughters Piper and Mary Katherine of Lindale, TX. Daniel and wife Melissa, and grandsons Nathaniel, Adrien, and Wesley of Bartlesville, OK. Brother-in-law Paul Carroll and wife Della of Gallatin, MO, Brother-in-law Phillip Carroll and wife Angela, Lamar, MO. In addition, he is survived by many nieces and nephews each of whom he loved dearly.

Richard found greatest joy in his Lord Jesus and living out the great commandment by loving and doing things for others. Especially those grandchildren and nieces and nephews whom he treasured so dear. He will be sorely missed by many.

Interment will be at 3:00 pm, Thursday, June 25, 2020 at the Missouri State Veterans Cemetery, Higginsville, MO with full military honors.

In lieu of flowers, the family is requesting donations to be made to the Disabled American Veterans organization. www.DAV.org

Services have been entrusted to Rea Funeral Chapel, Sedalia, MO.

Marcella and family we will keep you all in our prayers during this trying time please pass our condolences on to the family. Tim and Kim Watson and Family
- Tim Watson
So sorry to hear about Richard. Praise the Lord well meet again one day. I'm praying for all of you.
- Jane Fountain
Marcella and family, Our deepest sympathy in the passing of Richard. We are keeping all of you in our prayers especially during this sad time. We didn't realize you had moved to Texas. Please share our condolences with your kids. In Sympathy, Phil and Shari Staehling
- Shari Staehling