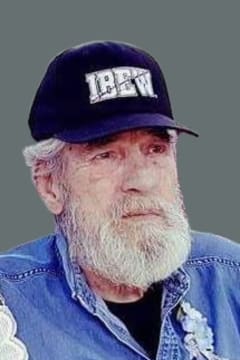 Richard Gordon Craig, 81, of Sunrise Beach, formerly of Sedalia, passed away Thursday, July 8, 2021 at his home in Sunrise Beach, MO. He was born on April 20, 1940 in Sedalia, MO the son of Ralph Bishop Craig and Dorothy Juanita (Hogan) Craig, who preceded him in death.

On December 31, 1969 in Miami, OK he was married to Rachel Noretta Rose Esser who preceded him in death. On March 27, 1981 in Kansas City MO, he was married to Margaret Ann Daleo who survives. On December 20, 2017 in Sedalia, MO he was united in marriage to Clara Marie Ketchum, who resides in the home.

Richard was a member of Union IBEW Local 124 for over 50 years and worked as a Journeyman Electrician retiring in 1989. He served his country honorably in the United States Army from 1964 until 1969. Richard enjoyed riding his Harley motorcycle, being outdoors and going fishing.

In addition to his wife survivors include a son and daughter, Richard Len Craig and Stephanie Ann Frazier; a sister, Joyce Ann Craig; a niece, J. Denise Gattner, and a grandson Richard Ryan Craig all of Sedalia.

In addition to his parents he was preceded in death by a sister, Judy Lee Mascarenaz.

A memorial Masonic service will be held at 3:00 p.m. Wednesday, July 14, 2021 at Rea Funeral Chapel with Mt. Washington Masonic Lodge #614 AF&AM conducting services. Full military honors will be conducted by the United States Army and Sedalia VFW Post #2591 immediately following the Masonic service at the chapel.

A burial will be at Longwood Cemetery with no graveside service.