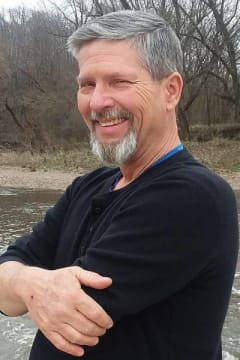 Raymond E. Riggs, 51, of Sedalia, MO passed away Thursday, September 3, 2020 at Bothwell Regional Health Center. He was born on July 2, 1969 in Sedalia, a son of Robert Riggs, who preceded him in death and Carolyn (Branch) Riggs who resides in Sedalia.

After Rivals closed down he went to work at Tipton Correctional, a job he really enjoyed. He was a Volunteer Fireman, and EMA Spotter. He really enjoyed nature, fishing, hunting, and country cruising. Most of all he enjoyed hanging around the people closest to him and his do, (who misses his master very much).

In addition to his mother he is survived by a daughter, Jennifer Riggs of Sedalia; a son, Jason Riggs of Sweet Springs, MO; a grandson, Dylan Riggs; his life partner, Toni Baker of Sedalia; a brother, Robert Riggs (Patty) of Cole Camp; two sisters, Julie Casdorph of Sedalia and Janet Smith (Michael) of Cole Camp.

In addition to his father he was preceded in death by a son, Benjamin Riggs; a sister, Susan Riggs; a brother-in-law, Doug Casdorph; and a nephew, Adam Scott.

A Celebration of Life gathering of family and friends will be announced at a later date.

In lieu of flowers, memorial contributions may be made to the family in care of Rea Funeral Chapel.

SUNDAY, OCTOBER 11, 2020 AT 2 PM 5 PM celebrate the life of Raymond "Eddie" Riggs Centennial Park Sedalia Missouri put on by Riggs Family
- Karen Riggs
knew from e-street had lots of fun you will be missed
- pam deuel
Knew Eddie from Middle school through high school. I also use to work with him at Rival. He was a bigger than life character but that's what made him unique. Eddie will be missed by many.
- Bruce wood
my condolences to family and friends, he was such a great guy! I cannot believe he has passed, I just saw him a couple months ago. I pray you find healing!
- Michelle Fry
Such a great friend! Ray will be missed! So sad!
- Anita Snodgrass