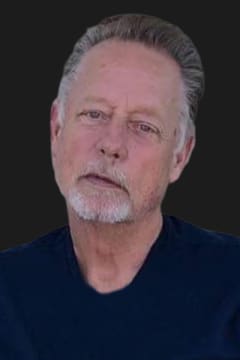 Raymond Eugene Brown, 74, of Sedalia, MO passed away Monday, February 1, 2021 at Pioneer Skilled Nursing Center in Marceline, MO. He was born on October 29, 1946 in Sedalia, MO the son of Claude R. Brown and Esther (Scott) Brown, who preceded him in death.

On May 20, 1988 in Marshall, MO he was united in marriage to Tammy Louise Kelz, who resides in the home.

Raymond was a member of Longwood Presbyterian Church. He served his country honorably in the United States Air Force during the Vietnam era. He was an over the road truck driver, auto mechanic and spent the last 20 plus years working as a sales representative for Riggins Ag-Co. Raymond enjoyed dirt track racing, working on anything with an engine, and was an avid Kansas City Chiefs fan. He especially loved attending State Fair basketball and Sedalia Bomber baseball games, and getting together annually with his military buddies for reunions. Most of all, he loved spending time with his family.

In addition to his parents he was preceded in death by a grandson, Ty Lyles.

Honorary bearers will be Tanner Fahrendorf and J.R. Kenyon.

Memorial contributions may be made to Longwood Presbyterian Church or to the State Fair Community College Athletic Booster Club.

,
Get directions »
by FHW Solutions

Tammy so sorry to hear of your loss. Sending Thoughts and prayers for you and your family.
- Donna Harbison
We are so sorry to hear of Raymond's passing. He seemed more like family than friend. He will live on in the hearts and memories of those that loved him Prays and sympathy. Marsha and Raymond Scheese
- Marsha Scheese
Sorry for your loss....We spent a lot of time together riding bikes and horses.....hauling hay, working at Alcan and watching bomber baseball.....
- Paul
I worked with Raymond at Riggins. He was a kind,laid back man. I was fortunate enough to become friends with him. Anytime I would see Raymond out in public we would talk about anything and everything. Raymond always had a smile on his face. He will be missed!!
- Fabian Phythian
Praying for and thinking of all of the Brown family. Enjoyed working with Raymond when he was with Riggins. He will be sadly missed.
- Jeff Kopp