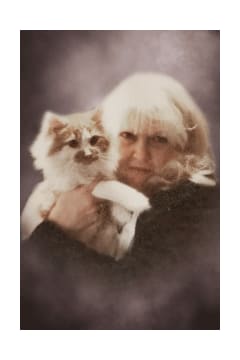 Pamela Jean Riggs, 64, of Sedalia passed away Tuesday, November 12, 2019 at University Hospital in Columbia, MO. She was born on March 4, 1955 in Kansas City, MO a daughter of Eugene and Evelyn (Groves) Hayes, who preceded her in death.

Pamela was a Christian who believed in God and was one of the kindest and most generous people in the world. Pam worked for Sprint as an Administrative Assistant until she retired, during which, she provided in home care part-time. She enjoyed cooking, gardening and working on her home. Pam's biggest joy in life was spending time with her grandsons.

She is survived by a daughter Tara Stokes and her husband Michael of Warrensburg; a son, Landon Matney of Lee's Summit; two grandchildren, Roman Paul Matney and Kain Mark Matney; a daughter-in-law, Heather Edwards of Raymore; a sister, Linda Heydt of Sedalia; a nephew, Justin Huffhines of Tucson, AZ; a brother, Gary Hayes of Sedalia; three nieces, Jessie, Lexie and Jamie Hayes; and her mother-in-law, Carol Hatfield of Thayer, KS

A memorial celebration of life service will be announced at a later date.

Burial will be in Crown Hill Cemetery.

In lieu of flowers, memorial contributions may be made to the Sedalia Animal Shelter in care of Rea Funeral Chapel, 1001 S. Limit Ave. Sedalia, MO.

Your Mother & I...Best Friends Forever! Will Love You Always, Pam! My most heart felt sympathy to Tara. Landon , Linda, Gary and family. You will be missed by Everyone.
- Terry Huffhines
Tara, I remember being at your mom's house when she lived in Wbrg. She was so kind to us. Praying for comfort.
- Peggy Stokes