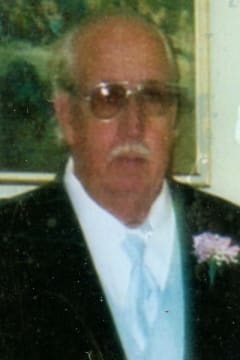 Norman Carl Lange, 85, of Sedalia, MO passed away Saturday, January 23, 2021 at University of Missouri Hospital in Columbia, MO. He was born on January 23, 1936 in Sweet Springs, MO the son of Emil Lange Sr. and Helen (Rugen) Lange, who preceded him in death.

Carl worked for the Sedalia Water Department for 41 years retiring in January of 1998. He enjoyed watching old western movies, play solitaire, working in the yard and gardening.

In addition to his parents and first wife he was preceded in death by a step daughter, Mellissa Ann Shoemaker; three brothers, Emil, Kenny, and Cecil Lange; and a sister, Helen Lange.

Memorial contributions may be made to the American Cancer Society in memory of Carl in care of the funeral chapel.

Sincere sympathy to the family. Jack worked with Carl for many years at the Sedalia Water Department and always thought he was second to none on the backhoe. Many memories of being called out late at night, many times in freezing weather or extremely hot weather to repair a water leak, but Carl could always be counted on to get it done. Due to Jack's health, we will not be able to attend visitation, but send our thoughts and prayers. Betty and Jack
- Jack Blackwell