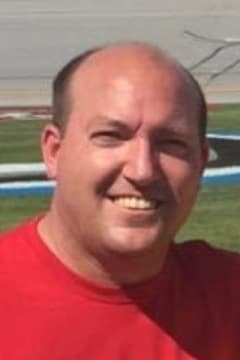 Noel Adam Porter, 52, of Sedalia, MO formerly of Branson, MO passed away Sunday, December 13, 2020 at his home in Sedalia. He was born on February 27, 1968 in Des Moines, IA the son of Rick Porter and Jane (Houser) Porter, who preceded him in death.

On June 19, 2010 in Eureka Springs, AR he was united in marriage to Autumn Rene (Bowling) Porter who resides in the home.

Noel was 1986 graduate of Branson High School. He was a proud Mule and 1990 graduate of Central Missouri State University. Noel was an Entrepreneur and worked in the Branson resort industry for many years. He moved from Branson to Sedalia in 2019 and started Kona Ice of Sedalia in 2020. Noel was an avid Kansas City Chiefs, NASCAR, and golf fan. He enjoyed watching any competition sport that allowed for a cold beer and being around other fans.

In addition to his wife he is survived by son Logan Page of Branson, MO and a daughter, Taylor "T.J" Porter of Sedalia; his step-mother, Teri Porter of Tucson, AZ; an uncle, Bob Houser of Maricopa, AZ; and many cousins.

A private family inurnment will be held at Snapp-Bearden Cemetery in Branson, MO at a later date.

Memorial contributions may be made to Alzheimer's Association or to the Branson R-IV Education Foundation in care of Rea Funeral Chapel, 1001 S. Limit Ave., Sedalia, MO 65301.

Noel was my first manager at WCBC. He was a great guy to work for! So sorry for your families loss and everyone who knew him.
- Rene
Noel was a kind friend to all. Everyone loved his famous chili and Pina Coladas with fresh nutmeg. The Porter family will be in my thoughts and prayers. RIP Noel
- Debra Yokum
Noel, was a nice man who was always fun to be around. Although we haven't seen him in years we do have fond memories of having beers with him at Applebee's and Chili's. He talked with so much love about his wife and children. He will be missed. Prayers for those saddened of his passing.
- Hannah
I'm so sorry for your loss Noel was a very dear friend Heaven definitely gained a Angel
- Pam Curry