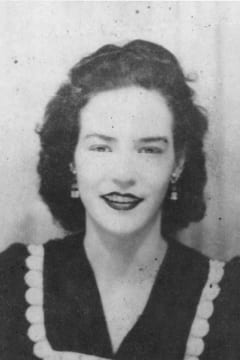 Nina Mae Huddleston, 91, of Sedalia, Missouri, went home to be with her Lord and Savior, Jesus Christ, peacefully at her home on April 6, 2021. She was born on July 31, 1929 in Willow Springs, Missouri, the daughter of Lawrence Collins and Cora (Earls) Collins, who preceded her in death. Nina was united in marriage to Dillon (Dusty) Huddleston in Salem, Arkansas on March 1, 1946; he preceded her in death in October 1987. Nina was also preceded in death by a daughter, Karen Huddleston, in February 1953; she was preceded in death by two brothers, Lawrence Collins and Jesse Collins, and a sister, Louise Yahne, as well.

Nina was a devoted Christian and a beloved daughter, sister, wife, mother, grandmother, great-grandmother, friend, and neighbor. She was a dedicated employee and served in various positions at Inter-State Studio & Publishing Company in Sedalia, Missouri for many years. Nina enjoyed spending time with her family and friends; her loved ones were her pride and joy.

Flowers may be delivered to the church prior to the service.

Burial will be at Oak Lawn Cemetery in West Plains, Missouri.

Memorial contributions may be made to International Fellowship of Christians and Jews for the repatriation of Jews to their ancient homeland of Israel: www.ifcj.org.

So sorry for your loss. Our thoughts & prayers are with you all. Darren & Terrinda Miller
- Terrinda Miller
Gary and Danny; We were saddened to hear of your mothers passing. It's like losing a member of my own family. I have known here almost all my life. Had some fun times with her driving us to the school "field days". She always had a smile for all of us kids and made me feel right at home. They say God has a plan for each of us and I guess He found it time to call her home to fulfill her part of His plan. Cherish the memories of your dear mother for that is something nobody can take away.
- Buddy Litz