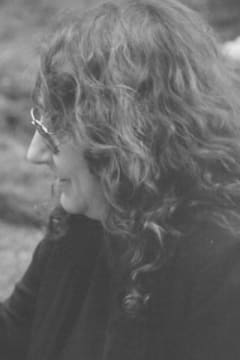 Martha Gay Phillips, 65, of Sedalia, MO passed away Monday, December 28, 2020 at her home. She was born on April 1, 1955 in Sedalia, MO the daughter of Lawrence S. Gills and Lenamae Laverne (Boley) Gills, who preceded her in death.

On June 14, 1985 in Oklahoma City, OK she was united in marriage to Russell Carl Phillips, who resides in the home.

Martye attended Smith-Cotton High School and graduated from State Fair Community College with an Associates degree in business. She and her husband owned and operated Phillips Automotive of Sedalia from their time of marriage until the sale of the business to the Sheremet family Lada and Igor in 2007. She continued as an employee of Phillips Automotive as a service representative until the time of her passing. Martye was very active along with her husband in auto racing around the mid-west and she received several awards for her participation. She was a dedicated mother who truly lived for her children, grandchildren, and family. Martye was always the life of the party and never met a stranger.

In addition to her parents, she is preceded in death by her first husband, Paul Sprinkle; and a brother, Lawrence "Boe" Gills.

A family Celebration of Life service will be announced at a later date.

Memorial contributions may be made to St. Jude's Children's Hospital in care of Rea Funeral Chapel.

Martye Phillips was not just a great employee, but she was like family for us. Our family moved here from Bellingham, Washington and met her in February 1999. Russ and Martye hired me and that is how I started working for them as a mechanic and I was extremely grateful. Through it all, Russ and Martye were a huge help for us. Then on March 15, 2007 they gave us the great opportunity of purchasing Phillips Automotive. We graciously except it . Even after that, Martye did not stop helping us. She was an excellent worker and really helped keep the business afloat. We will miss her a lot and we give our condolences to Russ and his family. May our Lord Jesus Christ bless you abundantly. Sheremet family.
- Igor Sheremet
I am so sorry to hear about Martye's passing! When I was 18 years old, I was amazed by how fast she could run an adding machine. She took the time to show me how to do it and I have always had that memory! She was a jewel and will be missed!
- Amy Stilfield