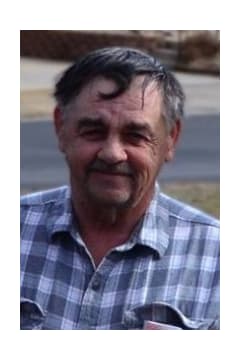 On January 25, 1986 in Sedalia, MO. He was united in marriage to Debra Bean, who resides in the home.

Jim worked for Labors Local Union #663. He most recently worked for as a delivery man for Woods pharmacy and floral. Jim enjoyed going to Sprint car races, playing cards and going fishing.

In addition to his wife, he is survived by a son, Jason Parker (Nicole) of Springfield, MO; a step daughter, Tasha Bean (Bill) of Hughesville, MO; a brother, Jerry Parker of Sedalia; two sisters, Diana Dennis (Gary) of Oklahoma, and Susie Hudson (Scott) of Sedalia; a granddaughter, Anna Belle Parker; and several nieces and nephews.

In addition to his parents he was preceded in death by brother, Richard Parker.

A family celebration of life service will be announced at a later date.

Memorial contributions may be made to the Sedalia Animal Shelter in care of Rea Funeral Chapel, Sedalia.

Debra, I'm so sorry to hear that Jimmy passed away. Our families thoughts and prayers are with you and all your family. You guys were the best neighbors we ever had. I loved talking to and spending time with Jimmy. We think of him and your family often. God bless your family in this time and in the days, weeks, months and years to come.
- Mark Engler
Hugs and prayers to you and to your family.
- Linda Watterson
Debbie so sorry for you loss. Thinking of you.
- Teresa Wells