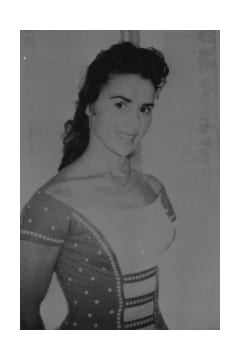 Linda Vernell Woolsey, 81, of Harrison, AR passed away Wednesday, August 7, 2019, at Fair View Nursing Home in Sedalia. She was born on June 27, 1938, in Magnolia, AR the daughter of Leo and Dorothy (Miller) Jones, who preceded her in death.

In 1956 in Bethany, MO she was united in marriage to Harold C Woolsey, who Preceded her in death.

Linda was a hospital nurse and loved people. She enjoyed dancing, singing, traveling, and generally being the center of attention. She dearly loved her grandchildren and nephew and had a very special relationship with her son Steve.

Besides her parents and husband, she was preceded in death by one brother, Jess Perry Sanderson.

No services are planned at this time.

A special thank you is extended to Tina Clark, a special friend and nurse, and all of the staff at Fair View Nursing Home.

I am so very sorry for your loss,Linda was a very sweet person ,I will miss her so much,I am a housekeeper at the nursing home , prayers for y'all
- Mary ILiff
I love you grandma, you are in my heart forever.
- Brandon Woolsey