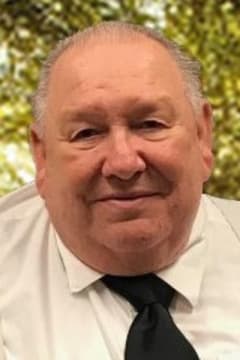 Larry Gene Furnell, 80, of Sedalia, MO passed away Thursday, May 28, 2020, at E.W. Thompson Health and Rehabilitation Center. He was born on March 4, 1940, in Pettis County, MO the son of William Perry and Ethel Mildred (Manees) Furnell who preceded him in death.

On September 12, 1959, in Sedalia, he was united in marriage to Mary Frances Hodges, who preceded him in death.

Larry was a hard worker and had many jobs in his lifetime. He worked at Central News Agency Deliveries, Tullis Halls Dairy, where he picked up milk from dairy farmers. He worked at Benson Lumber Company, Allis Chalmers Farm as a machinery mechanic, and Alcan Cable. Larry was a part of the pit crew for Marvin Gibson racing, and also liked pulling garden tractors. He belonged to the West Central Missouri Vintage Car Club, where he showed his 1965 forest green Chevy Malibu SS, that he purchased as second owner, in 1967 with a trade-in of only $1,200.00. Larry enjoyed playing cards, domino's, and putting puzzles together. Many of his puzzles have been framed and put up at Sylvia Thompson Resident Center.

In addition to his parents, he was preceded in death by a daughter, Mary Jane Faaborg; and ten brothers and sisters.

Larry worked with my late husband at Alcan. He was a great person and will be missed by many.
- Ruth Nieman
Our thoughts and prayers of comfort to all the family. He always had a smile and greeting to make you feel special. Sorry we are not there in person. to join you with memories. Glad we were able to watch the service on Facebook. Mike & Nancy Lowe
- Nancy Lowe
Larry was a great guy. I'm going to miss him. Everybody will.
- Britt Faaborg
The Smith Cotton High School Class of 1958 sends its sincere sympathy to the family and friends of our classmate, Larry Furnell. May he rest in peace.
- Ken Keele
Sending thoughts and prayers of comfort to Terry and family. Bonnie and Dorothy Schroder
- Dorothy Schroder