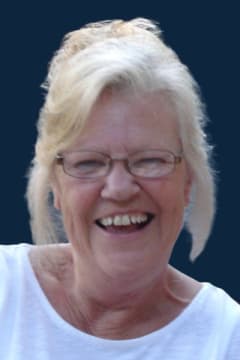 Obituary for Kathryn A. Hendrix

Kathryn A. Hendrix, 68, of Edwards, MO passed away Saturday, December 26, 2020 at Bothwell Regional Health Center in Sedalia, MO. She was born on May 8, 1952 in Kansas City, MO the daughter of Carroll and Bernice Rathbun, who have preceded her in death.

On June 2, 1984 in Kansas City, MO she was united in marriage to Steven Hendrix, who resides in the home.

Besides her husband, she is survived by a son, Terry Lockard of Olathe, KS; a daughter, Shannon Nelson of Tuscaloosa, AL; two step-sons, Scott Hendrix and Todd Hendrix; a step-daughter, Kimberly Tarpley all of Kansas City, MO; many grandchildren including a grandson that she raised, Taylor Nelson; and a brother, Scott Rathbun of Lee's Summit, MO.

Besides her parents, she was preceded in death by two brothers, Steve Rathbun and Craig Rathbun; and a son, Troy Lockard.

The family is planning a Celebration of Life gathering of family and friends to be announced at a later date.

I have so many wonderful memories. Greg and I used to spend every weekend at the lake with them. Kathy and I would watch old movies, Flashdance was one of our favorites! She is the only person that every time we were together or even talked on the phone made me laugh deep. I remember one time we were at the lake and she and I went To Walmart, when it came time for her to pay she wrote a check and I said oh Kathy is that the account that is closed? The check out lady did not know what to do and Kathy tried to explain I was just messing around and I kept on saying oh Kathy you will probably go to jail, we both got to laughing so hard it is a wonder we both weren't arrested. Kathy was a fabulous cook, she made the best lasagna ever and some cookies with brown sugar oatmeal and chocolate chunks that were amazing! She was a wonderful friend and someone who I will miss and think fondly of often. I hope Steve and the rest of the family will find comfort knowing we WILL see her again! I will anxiously await that day to hug her and be able to share one more deep belly laugh just like old times. She is loved .
- Kim Sloan