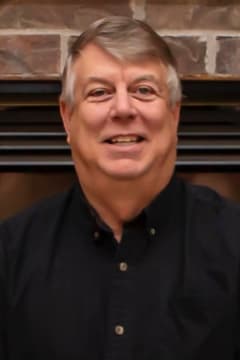 Karl David Jaegers, 58, of La Monte, MO, passed away Saturday, May 7, 2022, at Lake Regional Hospital in Osage Beach, MO. He was born on August 18, 1963 in Jefferson City, MO the son of Albert Frank Jaegers and Nancy Ann (Zeilmann) Jaegers, who preceded him in death.

On September 5, 1987 in Linn, MO, he was united in marriage to Denise Jay Worrell, who resides in the home.

Karl was a lifelong Catholic. He was baptized, received holy communion, and confirmed all at St. George Catholic Church in Linn, MO. He also obtained a Catholic education attending first through eighth grades at St. George School. Karl took over Jaegers Poultry in 1980 after his father suffered a life altering stroke. Several years after high school and running his father's business, Karl decided to attend Metro Business College where he received a degree in Business Management in September 1992. While attending Metro Business College, he was the groundskeeper of Osage County Country Club until he moved his family to La Monte in 1994. He became the Live Haul Manager at Tyson Foods while building his own family farm raising chickens as well as cows. He resigned his management position from Tyson, with the expansion of growing the family farm into the operation it is today. Karl built a legacy of 26 poultry barns with his two sons, which they will continue.

Karl and his wife loved to travel. Fantastic memories were made from numerous vacations all over the world. He was an adventurous man and found himself on all sorts of hunting trips, anywhere from the typical farm hunt to exotic hunting of moose in Canada and Red Stag and Tahr in New Zealand. He loved fishing at the lake with his sons, son-in-law, and grandsons. He thought his golf game was never anything less than par. Karl enjoyed his farm with his family including horse rides and chickens, cows, and more. It was never a dull moment at the farm with Karl around. It was nothing but "Studroes" in the "All Males Club" of grandsons. Karl could talk to anyone and never met a stranger. If you didn't know him, it wouldn't be long before you did. He knew how to talk (BS) about anything and everything. He was full of life and lived every moment to the fullest. He lit up rooms when he walked into them.

Karl was a very active in the La Monte community and the surrounding area. He served as a member on the La Monte School Board and was the current Pettis County Farm Bureau President.

In addition to his parents, he was preceded in death by a brother-in-law and nephew.

Memorial contributions may be made to the American Heart Association or to the St. Vincent de Paul Parish Sacred Heart Chapel in the care of Rea Funeral Chapel.