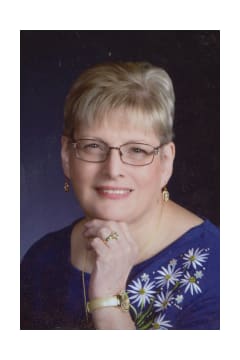 Julia Mary Dove, 74, of Green Ridge passed away Saturday June 15, 2019 at Kansas City Hospice House in Kansas City, MO. She was born on April 30, 1945 in Kansas City, MO the daughter of Henry Francis Xavier and Marjorie June (Ward ) Stein, who preceded her in death.

On October 27, 2001 in Sedalia, MO she was united in marriage to James J Dove, who resides in the home.

Julia was a member of Sacred Heart Catholic Church, Sedalia. She was a member of the George T. Murphy #491 American Legion Auxiliary, and the 40 & 8 Societe de La Femme. Julia worked as a budget analyst for Whiteman Air Force Base Hospital for 20 years until retirement in 2004.

Julia's family was very important to her and she especially enjoyed her grandchildren. She was active in Boy Scouting as a committee member, various church organizations at Holy Family Parish at Whiteman Air Force Base, as well as the Loretto School Alumni Association.

In addition to her husband Jim, she is survived by four children, Elizabeth Schmidt (Michael) of Great Falls, MT, Joshua Lowery of Edmond, OK, Jamie Dove of Warrensburg, MO, and Matthew Dove (Samantha) of Warsaw, MO; four grandchildren, Blaine, Madeline, Jordan, and Ella; a sister, Marjorie Blasche (John) of Overland Park, KS; a number of nieces and nephews, as well as a host of other relatives and many friends.

In addition to her parents, she was preceded in death by a brother, John F. Stein.

A Mass of Christian burial will be held at 10:00 a.m. Thursday, June 20, 2019 at Sacred Heart Catholic Church with Father Mark Miller, C.PP.S officiating.

Burial will be at Calvary Cemetery, Sedalia, MO.

Memorial contributions may be made to Lyme Disease Association or to the Kansas City Hospice House in care of Rea Funeral Chapel. 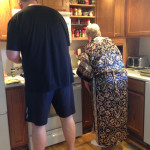 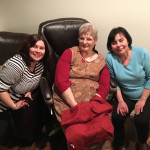 We are so sorry to hear of Julia's passing. Prayers for all family. Jim and Shirley Harms
- Shirley HARMS
I am so sorry for your loss. Pam Woodward
- Pam Woodward
We are so sorry to hear of your loss. We pray the memories you made as a family bring you comfort But also think of the reunion going on in heaven with the ones that went before
- Robert Tucker
I'm so sorry for your loss. My thoughts and prayers goes out to the families.
- karen pritchett