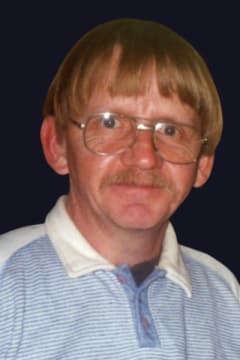 John William Craighead, 67, of Sedalia, MO passed away Thursday, January 28, 2021 at his home. He was born on February 13, 1953 in Sedalia, the son of Woodrow Francis Craighead Sr. and Nellie Mae (Dotson) Craighead, who preceded him in death.

John was a 1971 graduate of Smith-Cotton High School. He worked for Rival Manufacturing for 27 years and later at several other manufacturing companies in Sedalia. John was an avid St. Louis Cardinals football fan and continued to follow them when they relocated in Arizona. In honor of his dad, John became an avid Chiefs and was excited when they won the Super Bowl last year and with their return to the Super Bowl again this year. He enjoyed riding motorcycles, listening to classic rock music, gardening, and loved his many pets dearly. John was a life long resident of Sedalia.

In addition to his parents he is preceded in death by two sisters, Sandra Jo Craighead and Teri Lea Craighead.

There will no formal services at this time. There will be a private family memorial service held at a later date.

Memorial contributions may be made to the Sedalia Animal Shelter in care of Rea Funeral Chapel, Sedalia.

Craighead family— I was so sorry to hear of John's passing. Please let me know if I can do anything to help.
- Aleta Fairbanks
So sorry for your loss. I'm sure he will leave a big hole that cannot be filled. May God bless you.
- Kandy Whitaker
So sorry to hear of John's passing. He was always a good friend to me back in the day. Prayers for the family and friends. May your memories bring you comfort in this difficult time.
- Pam Ollison
So sorry for the loss of your brother.I know exactly how that feels .If you ever need to talk call me 6602810340
- Don Taber
So Sorry Steve for the loss of your brother. God Bless you.
- Bruce wood
Boogie, we are so sorry for your loss. Hugs and prayers to you and your family.
- Linda Watterson
John's Family; I did not know John very well, but when I met him years ago I found him to be a gentle and caring soul. John has many good qualities, and will be greatly missed! Prayers and Sympathy to all who loved him!
- Lynn Wilson
So sorry to hear this.
- Ron & Sue Meyer
So sorry Craighead's for your loss. Praying for God's comfort and peace. Love you all
- Kathy Smeltser
I am so sad of the loss of John ( Johnny Bill) always too me. I loved him very much and so many childhood memories. Love you all very much.
- Kathy Dillard