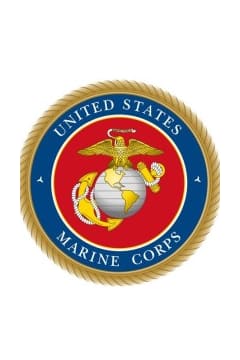 John "Jake" W. Starke Jr, 83, of Sedalia, MO passed away Saturday, September 7, 2019 at Good Shepherd Care Center in Versailles, MO. He was born on November 15, 1935 in Sedalia, the son John W. and Jeanette (Furnell) Starke Sr, who preceded him in death.

He united in marriage to Naomi Beucke Russell, who preceded him in death.

Jake was raised and educated in Sedalia and was a graduate of Smith-Cotton High School. He served his country honorably in the U.S. Marine Corps. He attended Epworth United Methodist Church and was a business owner. He enjoyed fishing and going to the boat. He especially loved spending time with the grandkids.

Besides his parents and wife, he was preceded in death by one brother, Bob Starke and one sister, Ethel Karl Staley.

A private family gathering will take place at a later date. Arrangements are under the direction of Rea Funeral Chapel.

I was Johns in home Aide, for the last few months of his life. John was a kind man who I enjoyed getting to know. I spent 3 to 4 hours a day with him, although he did not talk much I loved visiting with him. He always wanted me to sit and watch either a war movie or golf with him. I would ask him lots of questions and he would let me know he was watching golf so shhhh. It was a pleasure getting to know him over the last few months, my deepest condolences to his family and friends.
- Melissa Heuerman
I am so sorry to here about John, I spent a lot of time taking care of him. I took him to his VA appointments and he loved it when i could take him to booneville to the boats, he said i was his good luck charm because every time i took him he won some money. We also shared the same birth day except the year. I will miss him, he had his cranky moments but you just had to know how to get around that.
- Linda Arnold