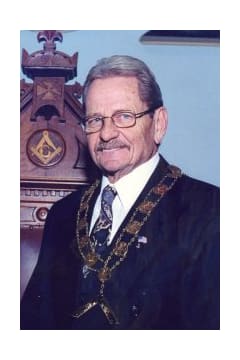 John Albert McCormack, 79, of Sedalia, MO, passed away at his home on Sunday, January 26, 2020.  He was surrounded by family and friends who mourn his passing, but celebrate his life.

John was born on Nov. 28, 1940 in East St. Louis, IL, a son of Charles E. and Marie (Drum) McCormack. He graduated from Dupo, IL Community High School in 1959.  During high school he played basketball, baseball, ran track and lettered in cross country.

On June 9, 1960, in Sedalia, MO, he was united in marriage to Patricia D. Cougill.  John and Patty had seven children, five boys and two girls. Patricia passed away December 15, 1993.

On August 1, 2015, in Greenridge, MO, he was united in marriage to Lori Argon who survives of the home.

John led a life of service and faith.  He was an airman in the U.S. Air Force from 1959 until honorably discharged in 1963.  He was a deacon of First Christian Church of Sedalia and was most recently a member of the First United Methodist Church.  He volunteered with the Sedalia Police Dept. and enjoyed providing security and crowd control for local events. He was a member and past president of the Sedalia Dinner club and a member of the Street Wolves Car Club.

John saw value in the work of the Masons helping children with medical needs and dedicated many years of his life to this organization.  He was a member of Raytown Lodge 391 and Sedalia Granite Lodge 236 where he served three terms as Worshipful Master. He was a member of the Scottish Rites of Sedalia and Kansas City; and the Ararat Shrine Temple of Kansas City.  He was also a member of the Sedalia Shrine Club and a past president of the Shrine Fun Kor.

John loved the sunshine and spending time outdoors camping, boating and fishing with his son, Charles.  He enjoyed traveling, watching sports and dancing. His favorite movies starred Clint Eastwood and John Wayne, and he spent many hours watching reruns of his favorite TV show MASH.

The family suggests memorial contributions be given to the Muscular Dystrophy Association or the Masonic Home in Raytown.

Miss you Uncle Johnny,and family peace amen
- Lynn McCormack
Thinking of you, Penny, and your entire family during this time. Your father was a pretty special guy. Always hold his memories in your heart. Sending love and hugs to you and Bobby.
- The Brodersens
My sympathy to Charlie and the rest of the family.
- Phyllis Domann