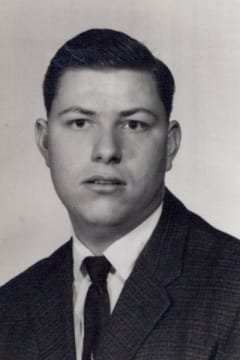 Jesse Vansel Jr., 70, of Sedalia, MO passed away Saturday, February 20, 2021 at his home. He was born on June 14, 1950 in Warsaw, MO the son of Jesse Franklin Vansel Sr. and Lizzabelle Garrett, his father preceded him in death.

On January 1, 1971 in Warsaw, MO, he was united in marriage to Linda Thompson, who survives of the home. They just celebrated their 50th Golden Anniversary this year!

Jesse loved to spend time with his family and was always be up for any type of board game. He was on numerous bowling leagues and loved to watch all types of sports, especially if his children or grandchildren were playing. He was an avid KC Chiefs and Royals fan. His favorite place to eat was Golden Corral and he loved his food. Jesse was baptized in June of 1998 and later on became a Kingsmen at Light House Pentecostal Church of God, in Sedalia. He enjoyed helping with anything he could with church functions and was a big supporter of Right to Life and marched in Washington, D.C. for the cause.

Funeral service will be held at 11:00 am., Thursday, February 25th, 2021 at Rea Funeral Chapel, with Pastors Ancel Compton and J.D. Reed, officiating. The family will receive friends one hour prior to service.

Burial will be at Union Williams Cemetery, Cole Camp, MO.

Memorial contributions may be made to Crossroads Hospice in care of the funeral chapel.

Thoughts and prayers to Jesse's family... I worked with him for many years at Waterloo... he was one of the good guys.
- Linda Watterson