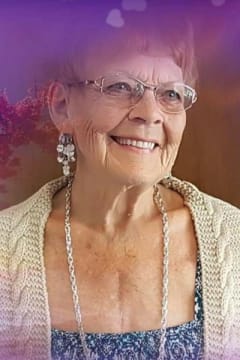 Jean “Kaye” Mills, 77, of Sedalia, passed away Wednesday, November 18, 2020, at Bothwell Regional Health Center in Sedalia.  She was born on October 25, 1943, in Ada, MN, the daughter of Richard Hanson and Pandora (Vezina) Hanson, who preceded her in death.

In Great Falls, MT, she was united in marriage to Theodore Mills, who preceded her in death.

Kaye loved her family. She loved spending hours in the sunshine with her flowers. She had a passion for animals. She was creative and enjoyed making cards. She loved riding her motorcycle,  going to church, traveling the world and especially enjoyed just generally being extraordinary. Kaye had a smile that brightened the room. She was a fighter, never complained and was grateful for everyday.

It was Kayes wish to be cremated, and services will be held at a later date.

In addition to her parents and husband, she was preceded in death by a brother, Wayne Hanson; and a sister, Linda Olsen.

Memorial contributions may be made to WyAnn Lipps to be used for continued support of the missionary work in Kenya, started by Kaye and Ted.

My spiritual parent, till we meet again, you fought a good fight of faith,lhave kept the faith,Gachie church of christ salute you.R.I.P .
- Amos shiamalla
I am so sorry for your lost! I have nothing but fond memories of Kaye! I always called her Kaye! May you find strength in one another during this painful time! You are in my thoughts and prayers S. Borgen
- Sherril Smith
Kaye was an extraordinary woman that loved life. She made friends easily. My husband and I were befriended by her several years ago during a karaoke session at the VFW. Loved her laugh and her smile. She will be missed. Prayers for comfort and peace to her family.
- Melissa Mueller