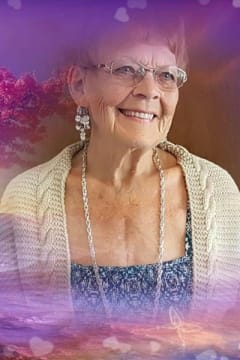 Jean “Kaye” Mills, 77, of Sedalia, passed away Wednesday, November 18, 2020, at Bothwell Regional Health Center in Sedalia.  She was born on October 25, 1943, in Ada, MN, the daughter of Richard Hanson and Pandora (Vezina) Hanson, who preceded her in death.

In Great Falls, MT, she was united in marriage to Theodore Mills, who preceded her in death.

Kaye loved her family. She loved spending hours in the sunshine with her flowers. She had a passion for animals. She was creative and enjoyed making cards. She loved riding her motorcycle,  going to church, traveling the world and especially enjoyed just generally being extraordinary. Kaye had a smile that brightened the room. She was a fighter, never complained and was grateful for everyday.

It was Kayes wish to be cremated, and services will be held at a later date.

In addition to her parents and husband, she was preceded in death by a brother, Wayne Hanson; and a sister, Linda Olsen.

Memorial contributions may be made to WyAnn Lipps to be used for continued support of the missionary work in Kenya, started by Kaye and Ted.

Wyann, I am so sorry for your loss. Kaye was a very kind, sweet. gentle lady. She was very special to me and was a great Chaplin for the Women of the Moose during my year as Sr. Regent and I was proud to serve with her. She will be missed. Bob and I will keep you and your family in our prays. Laura Kempf
- Laura Kempf
loved her she was a wonderful person to every one she met and i met her at a yard sale stayed in touch with her threw the moose lodge god got a true angel fly high kay and thank u for watching over all of us god bless her family celebrate her memory
- sissie horton