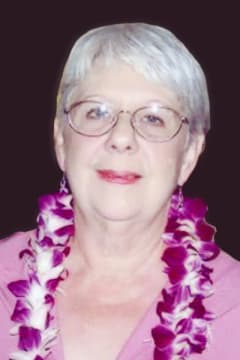 Janet S. Weathers, 77, of California, MO passed away Thursday, December 24, 2020 at her home. She was born on May 4, 1943 in Rural Pettis County, MO the daughter of James Junior Greer and Mary Ester (Dirck) Greer, who preceded her in death.

On November 12, 1960 at Mt. Herman Baptist Church, Sedalia, she was united in marriage to Lawrence Weathers, who resides in the home.

Janet was a member of Mt. Herman Baptist Church for many years. She enjoyed basket weaving, sewing, baking and cooking. Janet enjoyed shopping on Amazon and especially loved spending time with her grandchildren.

In addition to her parents, she was preceded in death by a brother, Jamie Greer.

A memorial service will be announce later this summer.

Memorial contributions may be made to the American Cancer Society in care of Rea Funeral Chapel, Sedalia.

There are so many memories, I can't think of just one. The birthdays, the holidays, the family get togethers.
- Teresa Austin
Lawrence, we are very sad to learn of Janet's passing. Please know that we have so many good memories of you and Janet through the years. Will be praying for you and your family
- Ruth Ann Mullins
My prayers for Larry and family. Janet was a very kind hearted person and will truly be missed by all who knew her.
- Sandra claxton