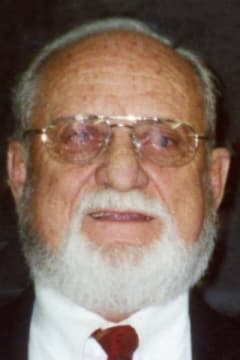 Jim grew up in Climax Springs, MO where he graduated from high school in 1949 and joined the Air Force. He served his country honorably from1950 until 1954. He was stationed at Lockland Air Force Base, El Paso, TX, Japan, and Bangor, ME. After the Air Force he moved to Washington D.C. and worked as an Accountant for the U.S. Government. Jim later retired and moved to Ozawkie, KS and then to Lawrence, KS where he managed a local storage facility. He later moved to Sedalia where he attended Parkview Christian Church and was a member of the Sedalia American Legion Post #642. Jim loved Sedalia and his church. He will be greatly missed and fondly remembered by all who knew and loved him.

Survivors include a sister, Virginia Curtright of Shawnee, KS; a sister-in-law, Reyne Wiseman, and many nieces, nephews, and cousins.

In addition to his parents he was preceded in death by a son, James R. Wiseman, Jr.; a brother, Larry Wiseman; three sisters, Pauline Smith, Juanita Wiseman, and Wilda Vogel.

A Memorial service will be held at 1:00 p.m. Friday, September 4, 2020 at Parkview Christian Church with Rev. Jeff Randleman and Rev. Joe Smith officiating.

Burial will be at Crown Hill Cemetery, Sedalia at a later date.

He was a true friend and will be missed. We had great conversations and shared many memories while attending Smith- Cotton baseball games. Jim also allowed me to do a periodic physical assessment while I was attending nursing school. I will miss him and his stories. Rest in peace, my friend.
- Paul Archibeque