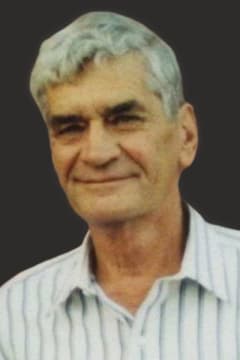 Jacob "J.B." Davis, 91, of Sedalia, MO passed away Tuesday, December 29, 2020 at EW Thompson Health and Rehabilitation Center. He was born on March 4, 1929 in Hughesville, MO the son of Earl and Pansy (Shull) Davis, who preceded him in death.

J.B. was a member of East Sedalia Baptist Church, and a veteran of the United States Army as a Medic. For almost 50 years, he co-operated Leonard's "66" truck stop, also known as the Pit Stop with owner and brother, Ernest "Doc" Davis.

A Celebration of Life service will be announced by the family at a later date.

Memorial contributions may be made to E.W. Thompson Health and Rehabilitation Center in care of Rea Funeral Chapel.

So sorry for your loss. Such a awesome kind soul!
- Janice Bennett
The Davis family, sorry to hear about your dad. May he Rest In Peace.
- Harriett Lamm
So sorry for your loss.You all are in my thoughts and prayers.
- John Ream Ash
Tony our prayers are with you and yours. Deepest sympathies for the loss of your dad. Love The Hubert-Kraft family.
- Janet Hubert
My condolences to the Davis family on the loss your patriarch. With sympathy, Denise Barbaro
- Denise Barbaro
So sorry to hear this. Prayers for strength.
- Barry walter