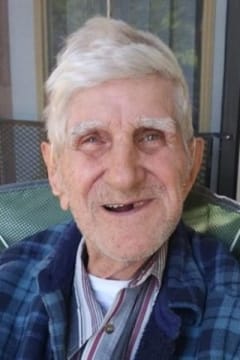 On August 12, 1955 in Chicago, IL he was united in marriage to Florence Hirsch, who preceded him in death in February of 1988.

Herman loved to bowl and competed in bowling leagues for many years. He enjoyed shooting pool with family and friends. Herman loved his family dearly and was known for his big smile and kind heart. He served his country honorably in the United States Army during World War II and was stationed overseas in Germany. Herman worked as a Machinist for Wilson Steel in Chicago, IL for 35 years and retired 1985.

In addition to his wife and parents he was preceded in death by a daughter, Susie LaLanda.

Herm, saying you'll be dearly missed by many is an understatement, but you will be. Many lifelong memories I have of you sitting with all of us sharing stories while puffing on a cigar & enjoying a cold Old Style. Your infectious laugh, kindness & generosity to give is how I remember you. Stopping by to visit with you & watching the Cubbies for a few innings was always fun. When telling you I've gotta go you'd ask me, need a few quarters kiddo? The reply was always yes I do & then you'd pull out all your change from your pocket & say, here ya go don't blow it all on candy!! Kind soul & I will miss you. 🙏🏻🙏🏻🙏🏻
- Brad Olson