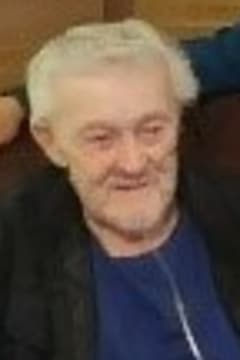 Harvey Winston Patterson Sr., 87, of Hughesville, MO passed away Monday, October 26, 2020 at his daughter's home in Kansas City, KS. He was born on January 11, 1933 in Hughesville, MO the son of John William Patterson and Christina Virginia (Swope) Patterson, who preceded him in death.

Harvey was a 1951 graduate of Northwest High School in Hughesville. After graduation he joined the U.S. Navy and served his country honorably during the Korean War from 1951 until 1955. He was stationed on the USS Stembel DD-644. After his service in the military he came home to Hughesville to work the family farm. He worked as a logger and was a member of the first Pettis County Rescue Diving Team.

Harvey enjoyed going hand fishing and spear fishing. He won many awards and trophies for spear fishing at diving conventions at various lakes. He had a passion to a self sufficient farmer which included row crop, hogs and raising exotic birds. Harvey especially loved spending time with his children, grandchildren, and great grandchildren.

In addition to his parents he was preceded in death by a son, Harvey Patterson, Jr.; a daughter, Debbie Hayworth; an infant son, Thomas Patterson; and a sister, Vivian Crain.

Burial will be at 2:00, Tuesday, November 3, 2020 at Missouri State Veterans Cemetery, Higginsville, MO. Full military honors by the U. S. Navy and Sedalia VFW Post #2591.

Memorial contributions may be made to family in care of the funeral chapel.

Please share a condolence, photo or memory of Harvey. We welcome all condolences that are positive and uplifting that will help family and friends heal.