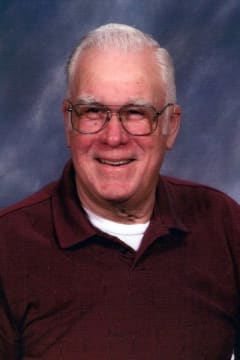 He is survived by his wife of 56 years, Dorothy A. Acklin, of Ionia, MO; a daughter and son-in-law, Lisa and Marc Marchese of Clarksdale, MO; a son, David Acklin of Erie, IL, and sons and daughters-in-law, Michael and Tami Acklin of Mora, MO; and Stephen and Theresa Acklin of Sedalia, MO; six grandchildren and four great-grandchildren.

Besides his parents, he was preceded in death by a brother, Jesse Acklin, and a sister, Patricia Acklin.

Harvey proudly served his country in the United States Marine Corps from 1957 - 1961, being stationed in the Philippines and Japan.

He owned Clinton Machine Shop, Clinton, MO before moving to the Sedalia area and working for Waterloo Industries as a Maintenance Supervisor until his retirement; then operated Acklin Machine Shop for several years before his health declined. Harvey was a member of the Antioch Baptist Church, Green Ridge, MO.

A private graveside service will be held at Ionia Cemetery.

Arrangements are under the direction of Rea Funeral Chapel, Sedalia, Mo.

So sorry for your loss
- Sandra McMullin
I enjoyed working with Harvey at Waterloo. He was the greatest man i ever worked with, I will miss his smile and happy face. Rest In Peace. My condolences to the family.
- Doug Roberts
Dorothy, we were so sorry to hear of Harvey's passing. Hugs and prayers to you and your family.
- Linda Howard
I worked with Harvey for many years at Waterloo Iindustries. He was a wonderful person to know and work with.
- Gerald Wolf
I went to church with Harvey and Dorothy for a short time and just really liked Harvey. Such a nice man. My condolences to Dorothy and the family.
- Richard DeFord