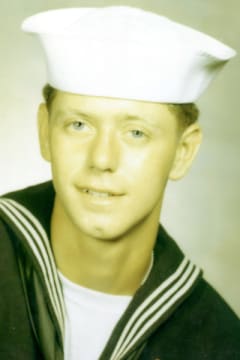 On April 25, 1981 in Raytown, MO he was united in marriage to Rebecca K. Harris, who survives of the home.

Harry was a 1971 graduate of Fort Osage High School in Independence, MO. After graduation he join the Navy and served his country honorably from 1971 until 1977 during the Vietnam War. He worked concrete mason for different construction companies through the years. Harry enjoyed being outdoors, hunting, fishing, and camping.

In addition to his wife he is survived by a brother, Harold Williams (Anna Marie) of Independence, MO; a sister, Linda Oyervides (Sam) of Dallas, TX; an aunt, Brenda Canterbury of Holden, MO; a granddaughter, Alexis Harris of Pattonsburg, MO.

In addition to his parents he was preceded in death by a daughter, Johnna Savage.

A Celebration of Life service will be held at a later date.

Burial will be held at a later date in the Missouri State Veterans Cemetery, Higginsville, MO with full military honors.