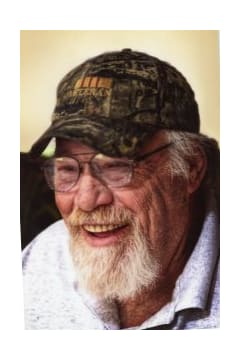 Gary Stephen Gill, 67, of Otterville, MO, passed away Sunday, October 6, 2019 at Nemaha County Hospital, Auburn, NE. He was born on October 28, 1951 in Freemont, NE the son of Gerald D. and Martha Pauline (Sims) Gill, who preceded him in death.

On May 28, 1977 in Dickinson, TX he was united in marriage to Anna Lynn Byers, who resides in the home.

Gary served his country honorably in the United States Army during the Vietnam War. He was also an educator and an opportunity provider for those with hopes, dreams, and aspirations. Although a business teacher, he directed plays in the high schools he taught. He loved teens and loved the opportunity to allow them to grow He had a passion for baseball and for living life in a way that was honorable and full. Gary always did his best to take life's issues seriously, while using his irreverent sense of humor to never take himself too seriously. He was an accomplished writer, publishing two books, "Gold Pieces" and "The Wizard In Me". He was a family man who loved his wife, children, grandchildren and was proud of his extended family.

In addition to his parents he was preceded in death by a brother, Terry Gill.

Memorial contributions may be made to Gary's special needs children. 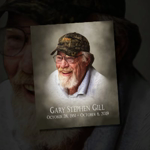 I'm a locksmith and unlocked Gary's Cadillac that's how I got to know him. I would usually see Gary down at Casey's on main street. We always had a good conversation an he would mention that he had his car keys ! I will miss Gary and 0ur conversations we had a great guy ! Prayers for the family!
- Mark Allen
Mr Gill was one of my favorite clients while I worked as a home health nurse. He always told stories about his teaching, experiences while serving in military and fondly told stories about his family and also, loving his flea market get togethers. He was a good guy. I'm a better person for knowing him. Nurse Becky
- Becky Schmidt
We had so many great memories as cousins growing up. I loved how close we all were then and even as adults, we still had that connection even though we didn't see each other very often. Gary and Dennis were the leaders since they were oldest so we had no choice but do What they told us. You will be missed cousin here on Earth but I know your parents, my parents along with Grandma and Grandpa Sims are so happy to welcome you to Heaven. Until we meet again there, rest well.
- Sandra Janics
Mr. Gill was first person to teach me how to balance a check book. He was a great educator. He had a great sense of humor and I will always remember his laugh. I hope for comfort for his loved ones during this difficult time. Many consider themselves lucky to have known him.
- Jessica Mango