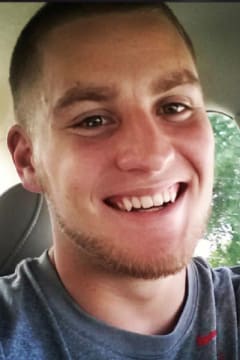 Garrett Jeffrey Young, 25, of Sedalia, Missouri went to be with the Lord on Wednesday, July 29, 2020. He was born on September 3, 1994 the son of Allen and Linda Young, who survive of Sedalia.

Garrett was a 2013 graduate of Smith-Cotton High School and attended SFCC. At an early age, Garrett showcased his athletic ability playing youth football and his love of the sport continued through his high school years. Garrett also spent countless hours as a teenager riding motorcycles, BMX bikes and skateboarding. As Garrett grew into a man, his adventures transitioned to working where he tried his hand in construction, landscaping and car detailing.

He was a kind and generous person who would embrace you with a smile and a hug. His life was filled with excitement and he would accept any challenge with enthusiasm. He lived life in the moment and always cherished the good times with those he loved. Garrett will forever be remembered as a loving and compassionate son, brother, grandson, nephew, cousin and friend. When he laughed the whole world was brighter, his beautiful smile will never be forgotten.

In addition to his parents, he is survived by his loving sister, Lindsey Young; maternal grandparents, James and Joyce Goss; paternal grandfather, Sam Young, all of Sedalia; aunts, uncles, cousins; and his most loyal and cherished dog, Remington.

He was preceded in death by his paternal grandmother, Barbara Young; and aunts, Lisa Goss and Arden Goss.

In lieu of flowers, the family respectfully suggests a donation to The Garrett J. Young S-C Football Scholarship, in Garrett’s honor.

,
Get directions »
by FHW Solutions

My thoughts and Prayers are with ALL the family. May all the memories you have help you through the coming months and years.
- Lucy Akeman
Wanda, Ben and I are Sorry for Your Loss and Will be Praying for The Family.
- Cammie Meyer
Sam and family, Ben and I are keeping you in our prayers. May God's love and grace comfort you. Ben and Connie Rehmer
- Connie Rehmer
I have no words to truly express my sympathy as I can't imagine the pain you are enduring. We are here if there is anything we can do. Christy and Mickey
- Christy Goodman
Our thoughts and prayers are with you during this time of loss and grief, may God comfort you and give you peace.
- Dunfee family
Allen and Linda I am so sorry for your loss. You are in my prayers and in my heart. Love to all your family.
- Karla Taylor
Garret would light up a room when he walked into it. He had such a beautiful smile. You could always count on Garret to lift you up if you were down. We are going to miss you so much Garret. Condolences to the family. May you rest in peace sweet loving boy. Neeley and Hummel family.
- KATHY NEELEY
I'm so sorry for your devastating loss. Sending heartfelt prayers.
- Linda Harris
Sorry for your Loss... Thinking About You Al , Linda & Lindsey ...... Steve & Delania & Wright
- Steve Wright
Lind, Allen, and Lindsey- We have such wonderful memories with Garrett...we will cherish them forever. We are so incredibly sorry and just heartbroken. May God give you strength and comfort... praying so much for all of you. Keri & Jillian
- Keri and Jillian
So sorry for your loss! Prayers to the family. Janice Bennett, Maui Hawai'i
- Janice Bennett
Garret young I'll never forget the times that we spent on the football field together and I'll never forget the conversations that we've had off the field RIP my friend.
- Jimmy Brown
I remember Garrett as a kindergartener. He was such a sweet kid and full of curiosity. You are in my thoughts and prayers at this most difficult time.
- Mary Haulotte
So sorry to hear... Prayers for the family...
- Larry Chappell
We are heart broken for your family. It seems like yesterday the boys were playing football together. Many hugs and prayers to you all.
- Arnold Family
I remember him from school! He was one of the class clowns and such a good kid! He made friends with everyone very easily! Garrett was very easy going and he will be great missed! I'm so sorry for your loss!
- Brittany Baker