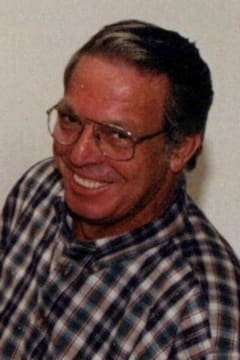 Frankie "Joe" Young, 75, of Sedalia, MO passed away Sunday, December 19, 2021, at Bothwell Regional Health Center in Sedalia.  He was born on July 30, 1946 in Sedalia, the son of Richard James Young and Mildred Iverne (England) Young, who preceded him in death.

In 1959, he worked at the Wheel Inn. In 1962, he worked at Scotts Dollar Store on 5th & Ohio. In 1964, he worked at Hinkens Service Station. He then became owner and in 1985 changed it to Joe’s Service Station. Joe served on the City Council from 2002 to 2008. He moved to the Center for Human Services up until his retirement in 2013. During his daughter’s youth, he was one of the founders and leader at Clover Leaf 4-H. Joe collected and enjoyed working on vintage automobiles. In the evenings, he liked watching Curse of Oak Island, and other such syndicated series’ with his grandchildren.
Survivors include his daughter, Suzie Young of Sedalia; two grandsons, Ryan and Cody Collins; many nieces and nephews; his brothers and sister: Jeff, Jerry and his wife Annette, Jimmy, and Jackie and her husband Irvin Allee, all of Sedalia.

In addition to his wife and parents, he was preceded in death by Judith Ann Webb (Young).

Memorial contributions may be made to the Center for Human Services or to Mt. Herman Baptist Church for the Community Café.