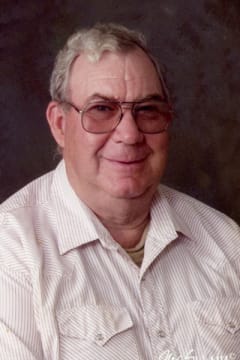 Frank Uel Payne, 80, of Sedalia, MO passed away Saturday, September 26, 2020 at Rest Haven Convalescent Home, Sedalia. He was born on May 7, 1940 in Sedalia the son of "Sandy" C. Uel and Blanche (Hieronymus) Payne, who preceded him in death.

Frank was a member of Hopewell Baptist Church. He was a trustee for the Hopewell Cemetery Association for 40 years. He worked diligently as a row crop, cattle, and turkey farmer all of his life. Frank at one time owned and operated bull dozers and did dirt work building terraces, ponds and foundations. He enjoyed hunting of all kinds and going yearly with his grandson Matt to the Boonville steam engine show. Frank also enjoyed going to flea markets, auctions, and collecting antiques, especially Keen Kutter collectibles. He owned and operated Judy's Place, a concession stand, at the Missouri State Fair and numerous auctions. Frank's favorite times were driving with "Jack" SH... around the area farms looking at cattle and all of the scenery. His kids meant a lot, his grandsons meant the world, and his great grandkids made his life complete.

Burial will be at Hopewell Cemetery, Sedalia, MO.

Memorial contributions may be made to Hopewell Cemetery Fund or Phoenix Home Health in care of Rea Funeral Chapel.