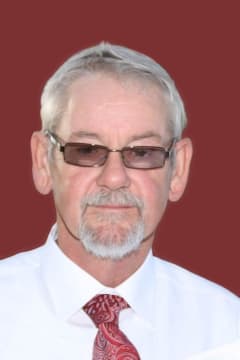 Frank Junior Lefevers, 74, of Green Ridge, passed away at his home on Wednesday, September 29, 2021. On July 25, 1947, he was born in Hughesville, MO, the son of Frank James and Margie (Blasengy) Lefevers, who preceded him in death.

On May 3, 1996, in Miami, OK, he was united in marriage to the love of his life, Helen Louise Lefevers, who resides in the home.

Frank was a 1965 graduate of Smith-Cotton High School. At the age of seventeen, he began a 54-year career with Ditzfeld Transfer. Frank served his country honorably in the United States Army from 1971 until 1974 during the Vietnam War. Frank was Ditzfeld Transfer's "Master Mechanic" he enjoyed the trucks, but you knew you might be in the "Dog House" if a wrench flew past your head. He was a man of few words but led by his actions. You didn't enter the house without passing by Frank in his chair. While in his chair, he enjoyed the Chiefs, the Cardinals, or a good reality show. When you left his home, you didn't leave without hugging Frank or tickling his feet.

In addition to his wife, Frank is survived by four children, Jennifer Norton (Wade) of Sedalia, Kris Gant (Jimmy) of Lakeview, AR, Cory Durill (Ryan) of Martinsburg, WV; and Darren Lefevers (Stephanie) of Sedalia: nineteen grandchildren; sixteen great-grandchildren; and two siblings, Margaret Bobbit of Oregon, and Ryan Lefevers of Oregon; and many nieces, nephews, and cousins.

In addition to his parents, Frank is preceded in death by four brothers, Ralph, James, Mike, and Garry Lefevers; and a son-in-law, Jeremy Saulbeamer.

The funeral service will be held at 1:00 p.m. Wednesday, October 6, 2021, at Rea Funeral Chapel, with Pastor Candace Fowler officiating.

Burial will be at Green Ridge Cemetery, Green Ridge, MO. Full military honors will be conducted by the United States Army and Sedalia VFW Post #2591

Memorial contributions may be made to Crossroads Hospice in the care of Rea Funeral Chapel, Sedalia.