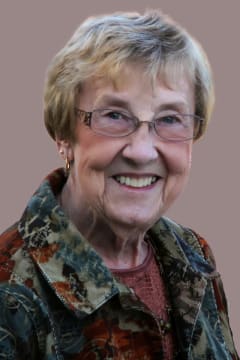 Frances Kathryn Antoine, 88, of Sedalia, MO formerly of Smithton, MO passed away Thursday, April 29, 2021, at her home. She was born on November 18, 1932, in Smithton, the daughter of George Jaeger and Goldy (Rehmer) Jaeger, who preceded her in death.

Frances was a member of the First United Methodist Church, Sedalia. She was an active member of the Elm Hills Country Club and the Sedalia Shrine Club's Womens Auxiliary. Frances enjoyed reading, golf, fishing, playing games, and especially loved spending time with her family and friends. Her four grandchildren were the pride and joy in her life, and she in theirs.

In addition to her husband and parents, she was preceded in death by two brothers, Charles and Kenneth Jaeger in infancy.

A private family graveside memorial service and burial will be held at Smithton Cemetery with Pastor James Gipson officiating.