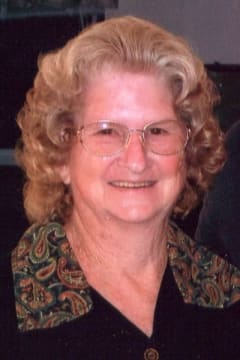 She attended several small country schools and was a 1948 graduate of Lincoln High School. Following graduation, she married Clarence Pottorff and to this union five children were born. After Clarence passed away, she married Frank Miller and they had one son.

Eula was primarily a housewife and mother with a short stint at Montgomery Ward in Kansas City in the 1950's. She loved the farm and farm life, especially her cows. Among friends and family, she was know for her cooking and sewing skills. Her homemade chicken and noodles, vegetable soup, cinnamon rolls, and chocolate chip/black walnut cookies were revered by most who had them. She made virtually all her own clothes. Eula loved to share and said she got more enjoyment out of sharing than about anything else. She was very independent, a hard worker, and wanted to do virtually everything for herself until time and health made it impossible.

She was preceded in death by both husbands, her parents, her only brother, Roy Siercks, one son, and her faithful Lab, Ranger.

Burial will be at Antioch Cemetery, Green Ridge, MO.

The family requests anyone attending service wear a plaid shirt or blouse and jeans or bib overalls. It is what Eula would have liked.

Memorial contributions be made to a charity of the donor's choice in care of Rea Funeral Chapel.

Ron I am sorry to hear of your mom's passing. Our prayers are with you and your family. She definitely enjoyed sharing her baked goods and I am sure I gained a few pounds eating her cookies.
- Larry Bell
Ron, I was sorry to learn about your mom. Years ago, when we both would be shopping at Wal-Mart, we'd push our carts to the side and visit for awhile. After we had done a project in class, she sent me peanut butter candy!!!! She was very proud of you. Merle Ragar
- Merle Ragar
My sympathy and prayers to the family.
- Janet Proctor
Prayers from the children, grandchildren, great-grandchildren, and great great-grandchildren bot mentioned in the obituary from the Pottorff marriage
- Robert Beckham
I am so sorry for your loss.. From a family member you will never know
- Michelle beckham